The Pays d’Uzès Pont du Gard destination has most definitely been marked by the heritage of Roman civilisation. As proof of this fantastic heritage, Nîmes – Pont du Gard – Uzès, bears the “Grands Sites Occitanie” label.

Roman civilisation in the Gard

Let’s journey back in time: you are now in the first century AD, when the Romans were progressively taking over Gallia Narbonensis. They were particularly interested in the town of Nîmes as it is perfectly located on the Via Domitia, linking Italy and Spain. The Romans therefore treated the town as a colony and built a great number of monuments in the town centre and across the Gard region. These monuments included the Maison Carrée, the amphitheatres, the Tour Magne and the famous Pont du Gard.

Roman culture has had a great influence on the way of life for the locals of the Gard: the Romans passed on their flair for commerce, for meetings and public debate, developed the road network and granted citizenship and a Roman name to many of the locals.

Eure Valley and the source tapped by the romans

Pinch yourselves, it’s not a dream! You are entering an oasis of shade and freshness, at the foot of the town of Uzès. You’ll love relaxing in this natural environment of Eure Valley for a picnic, an afternoon nap or a walk along the Alzon.

It was right here in this Valley that the Romans decided, in the year 50 AD, to use the source that would supply water to the town of Nîmes. To do so, they built a huge aqueduct between Uzès and Nîmes, via the famous Pont du Gard. In fact, this water carried from Eure Valley was actually used to supply the fountains and baths of the town, as the locals already had a source of water. Therefore its value was primarily symbolic because in Roman times an aqueduct was a sign of prestige and influence.

This historic 2,000-year-old monument towers before you: welcome to the biggest aqueduct-bridge of the Roman world! This is only a part of the aqueduct built by the Romans to supply the town of Nîmes with water.

When you visit the Pont du Gard, you’ll be impressed by the sheer magnitude of this Roman masterpiece. The Roman builders portrayed incredible talent and ingenuity to have been able to build this aqueduct across the scrubland.
While you’re here, go for a dip in the Gardon: the shade provided by the Pont du Gard will only make this experience even more pleasurable.

Vers-Pont-du-Gard and the stone quarries

If you’re keen to learn about this site, you’ll appreciate the “Sentier d’Interprétation de la Pierre”, which proposes three trails, one of which leads to the famous aqueduct. On this trail that leads to the quarries, over a few kilometres, you can learn about the history of the famous Vers stone.

Nîmes, at the heart of the ancient town

In this capital of the Gard, you are guaranteed a journey into Ancient Rome. The most famous monument of the town’s Roman history is most certainly the amphitheatre. In this arena, the best conserved of the Roman era, 24,000 people would have been seated, according to their social class, to watch shows and gladiator games.

The next stop is the Maison Carrée, the only ancient temple in the world that is still fully preserved. Devoted to the two heirs of Emperor Auguste, it stands at the Place du Forum, the economic and administrative centre of the town. Venture inside to watch a film about the history of the town.

Finally, we recommend climbing to the top of the ruins of Tour Magne, the highest tower of the Roman walls. Once you arrive at the top, you’ll have a breath-taking view of the town of Nîmes and you’ll be able to see the many Roman monuments that the town is so famous for.

These places that have been heavily influenced by Roman culture: Uzès and Eure Valley, the Pont-du-Gard, Vers-Pont-du-Gard and Nîmes, make up one of the “Grands Sites Occitanie”, a classification granted by the Département du Gard.
The “Grands Sites Occitanie” are the must-sees of the destination Occitanie / South of France. A selection of landscape or cultural treasures, brimming with history and that are sure to impress you.

You now know all the steps of your exploration of this “Grand Site Occitanie”: so what are you waiting for? Let’s go!

Find out more about the “Grands sites Occitanie” label 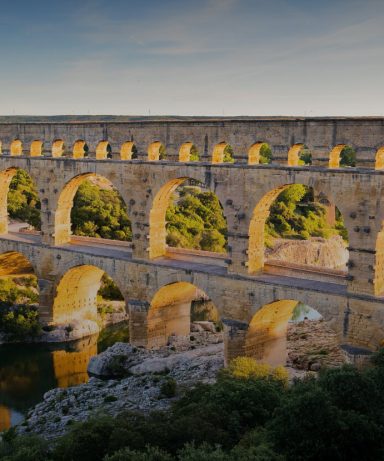 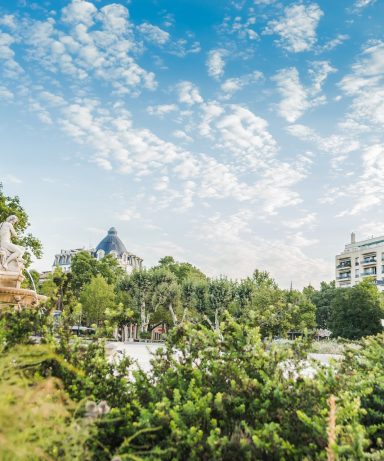 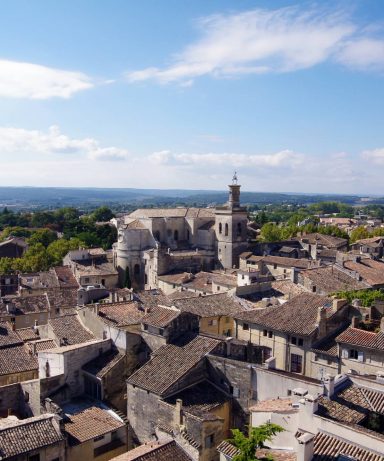