You can’t miss the town of Uzès, overlooking Eure Valley. The town can be recognised instantly thanks to its perfectly preserved medieval architecture. It is certainly worthy of its “Ville d’art et d’histoire” (Town of art of history) label. Let’s explore this iconic town of the Pays d’Uzès Pont du Gard destination, which has often been described as the “French Tuscany”.

As soon as you enter the town, you’ll journey back in time. Take a stroll along the narrow medieval streets and admire the architecture of the monuments. You will find yourself in a town that is brimming with history!

The Romans left their mark here: they would collect water in Eure Valley, from a source in Uzès, and carry it all the way to Nîmes. To do so, they built a 49-km-long aqueduct, and the most well-known part of this monument is still standing today: yes, that’s right, it’s the Pont du Gard!

From the 5th century, it became a powerful bishopric: the Diocese of Uzès would become one of the most important in Languedoc over the centuries to come.

As for the town’s emblem, that has to be the Duché! Uzès is well-known for having been the 1st Dukedom of France in 1632 and today it boasts the most ancient French “Duché” still standing.

When we walk around the historic centre, some parts of the town seem to have been frozen in time: the ancient Saint-Théodorit cathedral and Fenestrelle tower, the Renaissance-style or classic-style manor houses, the medieval streets, the secret gardens, the Ducal castle, also known as the “Duché”, the church of Saint-Etienne, to name but a few. Racine himself wrote, while staying in Uzès (1661-1662):

Our evenings are more beautiful than your days

What is there to do in Uzès?

When you arrive in Uzès, begin by wandering the medieval streets. This is the best way to discover the many monuments throughout the town, as well as the shops and art galleries inside the old buildings. Don’t hesitate to venture inside Saint-Théodorit cathedral and the church of Saint-Etienne. You can also visit the Duché.

At the heart of the town, don’t miss the medieval garden, created in 1995 to showcase the benefits and uses of plants in the Middle Ages. After your stroll through the garden, don’t forget to climb the 100 steps of the Tour du Roi to admire a panoramic view of the town and region.

Why not take a tour of a museum? There is a Haribo museum in Uzès. A whole museum devoted to the world of Haribo and their delicious sweets. If you are more interested in craftsmanship, history and archaeology, head for the Musée Georges Borias. This museum is inside a former 17th-century bishop’s palace and there are often temporary exhibitions held there.

Do you fancy a nature walk? At the foot of Uzès, Eure Valley is a popular place with the locals of Uzès. In the summer, you’ll enjoy this refreshing and peaceful place! Otherwise, you could visit the Haras National, one of the last Stud Farms of France. 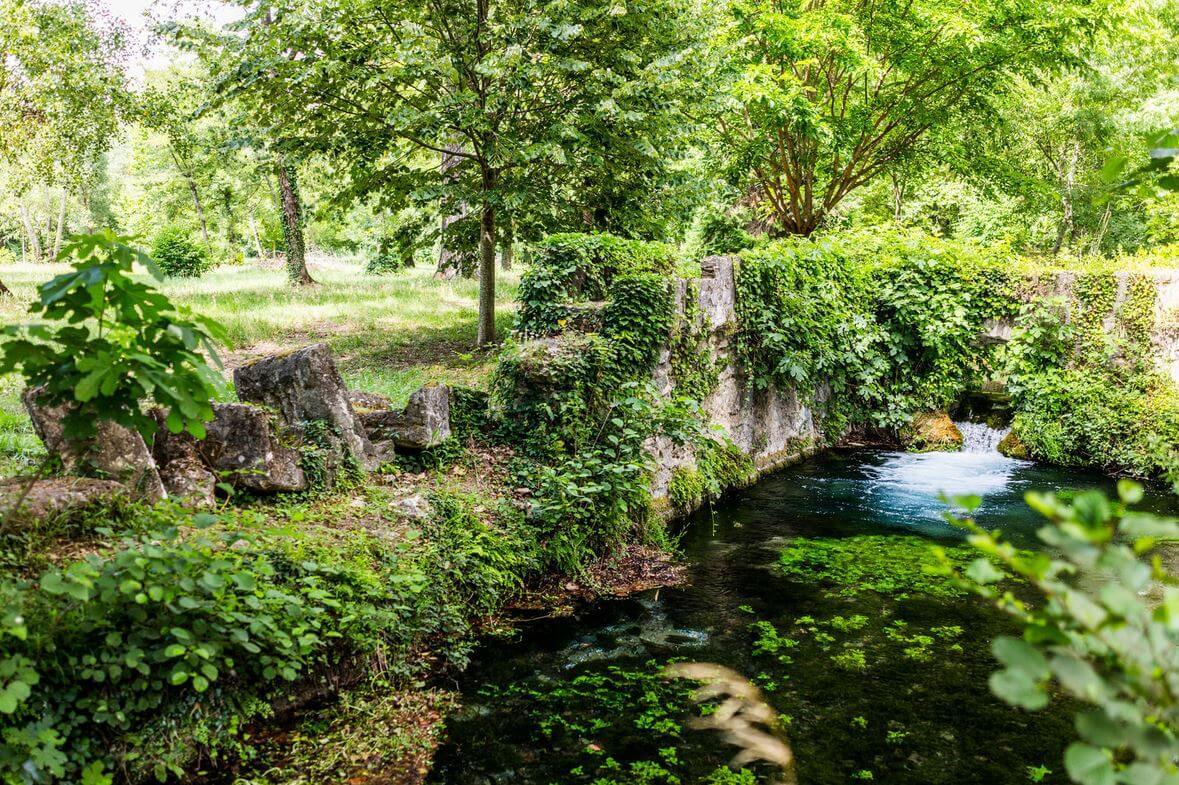 A market and some unmissable events

At the heart of the town, come and discover the charming Place aux Herbes, surrounded by trees that provide some much-appreciated shade when you’re sitting out on the terrace. In the middle of this square, there’s a fountain. Every Wednesday and Saturday, a market is held around this fountain, and the scents and colours are guaranteed to turn heads. This is an unmissable market in our destination, as it is the biggest one in Occitanie and one of the most famous in the whole of Provence! The charming Place aux Herbes and the medieval streets certainly make it one of the most beautiful, most authentic and most colourful in the area.

All year round, the town is brought to life by some unmissable events including the Fête de l’Olive, Week-end de la Truffe, Nuits Musicales, and Les Médiévales. You’re sure to find one that interests you. Uzès is not only a beautiful place, it is also a lively one!

The discovery of an exceptional mosaic

Did you know? In 2017, when archaeological survey excavations were carried out, an exceptional mosaic “thanks to its size, period and condition” was discovered. A 60m2 masterpiece dating from the 1st century BC, in other words, from the time when Julius Caesar defeated the Gauls.